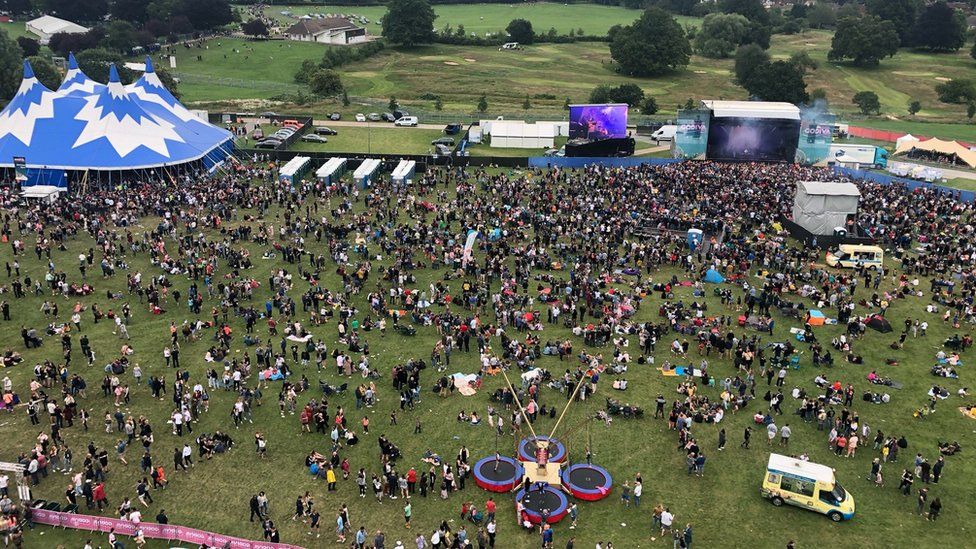 The Godiva Festival will return later this year after being cancelled in 2020 due to Covid-19.

The three-day event will be held in Coventry’s War Memorial Park between 3 and 5 September, but with a reduced capacity to allow social distancing.

The city council said it would be “the largest single event in our year as UK City of Culture.”

Headliners have not yet been announced but previous acts include Busted, Levellers and Feeder.

Organisers have asked all ticketholders to check in with NHS Test and Trace and take regular lateral flow tests before they go.

The festival includes stalls, a funfair and other entertainers, as well as the live music and the city councillor responsible for events, Abdul Salam Khan, said it was “something I know people in Coventry have been longing for”.

“I’ve been lucky enough to get a sneak peek at the programme and it looks like it will once again have something for everyone,” he added.

The line-up will include a number of local bands and the festival said it would continue to support local music and upcoming artists.

The original Lady Godiva, who died in 1067, was married to Leofric, the Earl of Mercia and Lord of Coventry.

According to legend, Leofric became so exasperated by Godiva’s endless appeals to reduce taxes, he declared he would do so if she rode naked through the crowded marketplace.

6 Lessons from a Multi-Site Hybrid Event